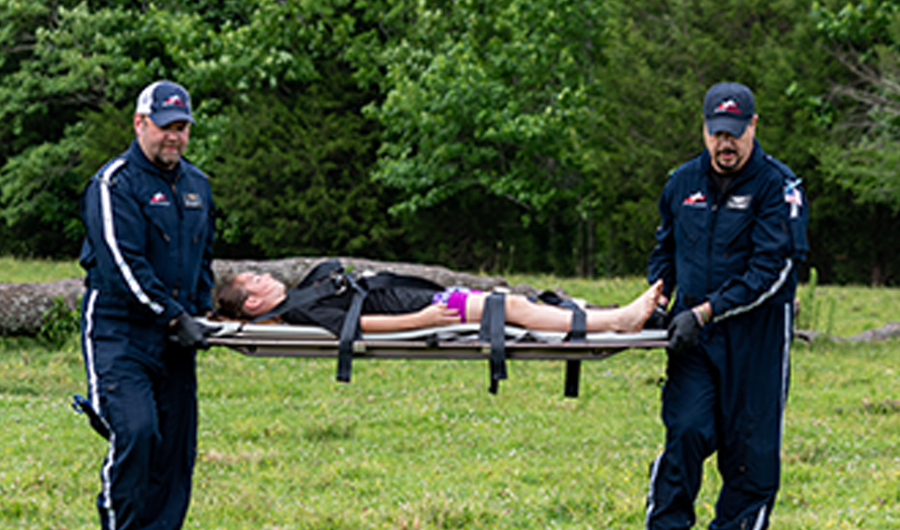 Paul Wolff was 65 years old before he flew on an airplane. He’s ready to go again, although he’d prefer it not to be as a patient on an emergency medical flight.

The retired construction worker’s inaugural experience in the wild blue yonder came after a gas leak caused an explosion under his home in northeastern Minnesota on the morning of Jan. 3. Although damage to the home was limited, the blast underneath Wolff’s bedroom jolted him out of bed.

The next day, he went to an emergency room at Fairview Range Medical Center in Hibbing, Minn. with searing pain up the middle of his back. A physician there discovered that one of Wolff’s kidneys was bleeding.

The medical decision was made to move him to University of Minnesota Health in Minneapolis, but a traditional ambulance ride was considered too rough for Wolff, who’d undergone heart and kidney transplant surgeries several years before. The gas explosion and fall from bed had lacerated Wolff’s native kidney.

After an overnight stay in Fairview, Wolff was put on a Valley Med Flight plane at 9 a.m. Wolff says he’d always simultaneously wanted to fly and been frightened by the idea. In any case, the opportunity had never come up. But now it was essential to his survival.

Any fears he had were put to rest by the Valley Med Flight crew, who he calls “just fantastic guys.” Despite the circumstances, Wolff found himself actually enjoying the trip as he looked out the widow of the Beechcraft King Air turboprop, watching the scene below change from snow-covered Hibbing to lakes and fields, and then to the cars and highways of the Twin Cities. “It was just ‘wow.’ I’d never seen anything like it before.”

On the ground in Minneapolis, members of the Valley Med crew got in the ambulance with Wolff, accompanying him all the way to his next hospital room. “One gentleman showed me just how caring he was as he held his hand over my body so that I wouldn’t slide around when we went around corners,” Wolff said.

Despite the shock to his system, Wolff did not require any surgery. He spent seven days being monitored in the Minneapolis hospital before he was able to go home. Today he’s back to enjoying retirement with his wife, Shirley, and their Basset/Labrador Hailey Jo, neither of whom were injured in the explosion.

He’s even able to exercise Hailey Jo for an hour a day. Wolff hasn’t flown again, but even if he does, he doubts it could be any more memorable than his first time.