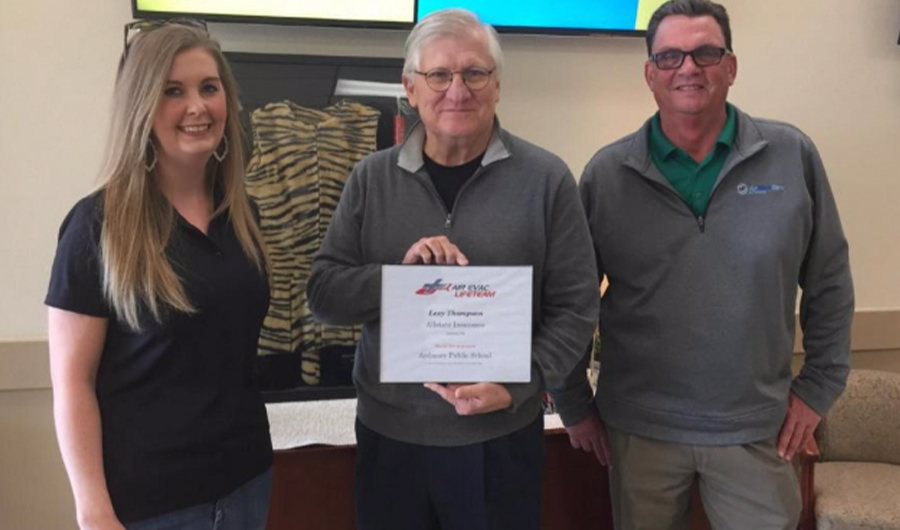 Some Carter County schools are taking part in an air ambulance program thanks to a local insurance agent. The program covers emergency helicopter rides for students and coaches of sports teams and guarantees no out-of-pocket costs for participating schools.

The athletic site plan offered by AirMedCare Network will cover athletes and coaches during games and associated travel, according to membership sales manager Larry Fitzpatrick. He told the Ardmore City School Board of Education last week that opposing teams would also be covered during home games. Cheerleaders are also covered, but band members and spectators are not.

He said the $920 annual membership cost for Ardmore schools to join the program will be paid for by local insurance agent Lexi Thompson. “We get asked to sponsor different things all the time and I thought that this was really unique,” she said.

Thompson said she moved to Ardmore about six years ago and launched her Allstate insurance agency in November 2018. Her sister had told her of businesses sponsoring a western Oklahoma high school and she wanted to do something locally.

As a result she has sponsored membership for Ardmore, Lone Grove, and Dickson schools, at a total cost of $2,168. She has also offered to sponsor membership for Plainview schools.

Fitzpatrick said the program is designed specifically for school athletic programs. “With the membership that Lexi bought for them, if any of their coaches or athletes have to be flown, there just won’t be a bill,” Fitzpatrick said, adding that insurance will still be billed but no out-of-pocket costs will be billed to the school or patient for AirMedCare ambulance service.

Membership costs are based on the total number of coaches at a school and the number of athletes on the largest sports team. Schools that take part are covered by 17 bases in Oklahoma, and more than 300 bases across 37 other states. Fitzpatrick said AirMedCare also offers programs for individuals and entire student bodies, but costs for entire school systems can often be prohibitive.

For Thompson, the idea of offering protection for the unexpected is only natural. “We hope they never have to use it, but it’s there if they need it,” she said.