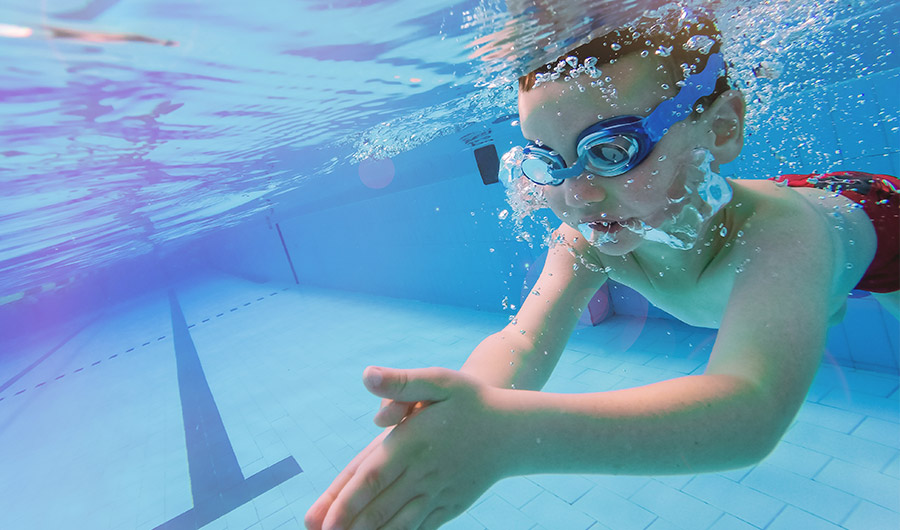 At AirMedCare Network, we know how priceless family is. Our utmost priority is the health and well-being of our members and their loved ones. In fact, we exist to protect families just like yours, every day of the year— like Amber and James Sample and their two-year-old son, Kason.

California husband and wife Amber and James Sample attended a pool party with their four children. The entire family was enjoying themselves, laughing and playing in the sunshine. Like most little boys, Kason, one of their youngest sons at two years old, was as interested in eating as he was swimming and it wasn’t long before he was asking his mom for a snack.

“He wanted his floatie off while he was eating,” explains Amber.

When the party was coming to an end, someone noticed something in the pool. “I looked up and the last few minutes flashed in mind—‘mommy me hungry…floatie off’—and I realized it was Kason.”

Horrified, Amber immediately dove into the pool and raced to her son. “He was completely lifeless,” she said.

Luckily, a teenage girl who was trained in first aid and CPR pushed her way through the crowd and started pumping Kason’s chest, while another party guest called 911.

911 responded fast—upon learning the nature of Kason’s emergency, they dispatched the fire department, an ambulance and a helicopter simultaneously. The responding air ambulance base was REACH 17 in Sacramento, California.

By the time the ambulance had arrived, REACH Pilot Pat Williams was already there, circling the scene. The helicopter took off just seven minutes after landing. Flight Nurse Jerald Johnson and Flight Paramedic Jason Vander Meer cared for Kason while Pat safely flew them to UC Davis Medical Center, an acute care teaching hospital that could give Kason the specialized care he needed.

Kason’s stay in the Pediatric Intensive Care Unit was, thankfully, brief. “The people from PICU were crying because they just couldn’t believe he made it into regular pediatric care so fast,” said Amber.

In the Pediatric Unit, Kason continued to receive regular observation and care. He responded well, and the doctors released him just five days later. Amber had nothing but praise for the responders, “They were the best people possible to help him.”

It only takes a moment for a child to have an accident around the water. When it comes to children, accidents happen—but luckily that’s when we shine. An AirMedCare Network membership can provide you the true peace of mind that comes with knowing that we’ll be there when you really need us.

Take action and get covered today!